Dialogue with the Church of Sweden continues 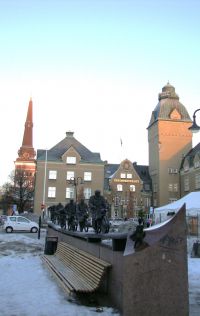 From 17th to 19th January the commission for the dialogue between the Church of Sweden and the Old Catholic Churches of the Union of Utrecht met in Västerås/Sweden. The group is working on a document which can be the basis for a possible form of community between the churches mentioned. The talks take place in an open and constructive atmosphere. Though there are differences in some theological issues, often a consensus in other theological questions became manifest.

A further important point on the agenda is getting to know more about the Church on the spot. This time the group got a guided tour through the splendid cathedral of Västerås and has been welcomed by Bishop Thomas Söderberg.

The following meeting is planned in October 2011 in Bern/Switzerland.