Michael Staikos, the Orthodox Metropolitan of Austria, passed away in Vienna on 18 October following a serious illness. The highest representative of the Orthodox Church in Austria would have celebrated his 65th birthday in a few weeks’ time.

Under his leadership, the Orthodox Church in Austria became an important societal and ecclesiastical organisation for the country. 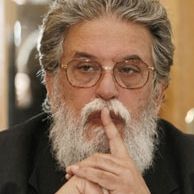 Michael Staikos was born in Athens on 22 November 1946 and attended a Catholic secondary school in the Greek capital. He studied theology at the University of Thessaloniki. In 1964 he moved to Vienna, and the following year he was appointed secretary and ceremoniary of Metropolitan Chrysostomos Tsiter in the Greek Orthodox Metropolis of Austria. He was ordained as a priest in Vienna in 1977 and as a bishop in 1986. In November 1991 the Holy Synod of the Ecumenical Patriarchate of Constantinople elected him as the Metropolitan of Austria and Exarch of Hungary.

As the Metroplitan of the Ecumenical Patriarchate, Staikos was the highest representative of the Orthodox Church in Austria. The Orthodox Bishops’ Conference of Austria was founded under his chairmanship In October 2010.