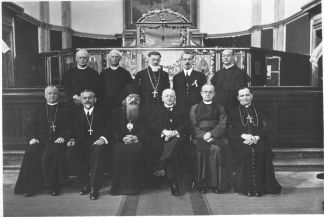 The International Old Catholic Congresses are the oldest international body of the Old Catholic Churches. They are held every four years and are not of an official nature. In the early days the congresses dealt mainly with ecumenical and theological issues, especially Old Catholic relations with the Anglican Communion and the Orthodox Church. In recent decades they have turned increasingly to pastoral and social matters. more>>>

The quarterly Internationale Kirchliche Zeitschrift (International Church Review) was first published in 1893. It is the only academic organ of the Old Catholic Churches of the Union of Utrecht. As such, it is the leading resource for articles on developments in Old Catholic theology and the findings of academic research into Old Catholicism. The IKZ also reports on the perception of Old Catholic ecumenical relations, which have traditionally been closest with the Eastern Orthodox Church and the Anglican Communion.

The “Kirchliche Chronik” (Church Chronicle) contains the official statements of the International Old Catholic Bishops’ Conference and important decisions of the local Old Catholic churches. It also covers important ecumenical events from around the world. 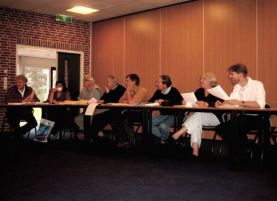 International Old Catholic contacts between young people were established soon after the foundation of the Union of Utrecht. However, the two World Wars made it difficult to maintain these contacts, and it was not until the early 1980s that an association was set up to foster relations between young people in the Old Catholic Churches. The International Old Catholic Youth association has a managing committee and a general assembly. Its members are the youth associations of Germany, the Netherlands, Switzerland, Austria, Poland and the Czech Republic. Currently the associations work together through contacts in these countries. Among their main activities are international summer and winter camps that include meditation and joint services. 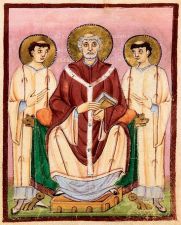 St. Willibrord was a Northumbrian monk who brought Christianity to the Low Countries in the 7th century and became the first Archbishop of Utrecht in 695. The Anglican and Old Catholic Churches have adopted him as the patron of their relations, which have always been close. To strengthen these links, the first Willibrord Society was founded in England in 1908. Full church communion was achieved when the Bonn Agreement was signed in 1931. Today the Willibrord Societies in several European countries work to apply this agreement in everyday church life. For further information, please go to: www.willibrord.org