Communiqué of the IBC in May 2011 in Amersfoort/NL

This year’s meeting of the International Old Catholic Bishops’ Conference took place in the Netherlands. Following the meeting, the Old Catholic bishops met the Anglican bishops who are responsible for mainland Europe for their annual exchange of views and experiences. They also took the opportunity to attend a lecture by guest speaker The Most Rev. Katharine Jefferts Schori, the Presiding Bishop of the American Episcopal Church. The key subjects of the conference included financial matters and bilateral relations with other Churches. 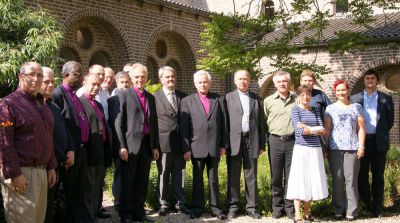 It has been clear for some time that the IBC needs to save money. This topic was discussed in the spring of 2011 with the leadership bodies of the various Old Catholic Churches. One aim of the IBC conference was to put the resulting cost-cutting ideas into practice. Current and new IBC projects will be removed from the running accounts and financed in the future through donations and third-party funds. Costs for the areas of delegation will be covered solely by the newly established Mission Fund. Despite these measures, the financial situation remains very tight as a result of dialogue activities and international conferences, and a deficit for 2011 will be unavoidable.

The Orthodox–Old Catholic discussion group is organising two events this year to enable representatives of each Church to get to know the other better. A joint seminar for students of Orthodox and Old Catholic theology took place this spring. In the autumn a study trip to Crete is planned that will offer participants first-hand experience of the Orthodox Church there. In addition, the discussion group plans to visit the Ecumenical Patriarch of Constantinople.

Also under discussion at the IBC meeting was a paper issued by the International Roman Catholic–Old Catholic Dialogue Commission. A number of Old Catholic Churches had prepared opinion statements on this subject. The IBC regrets that the Vatican has not yet responded to the dialogue paper.

The Mission de France has restructured, establishing a National Society with members from the local societies. Its parish-level activities are aided in particular by study meetings for priests and educational programs for the laity. The main aim is to provide participants with a deeper knowledge of Old Catholicism and the Old Catholic liturgy. The Mission de France is a promising venture that requires further support.

A further topic of discussion at the IBC meeting was the future of the International Old Catholic Congress. For future congresses, the host church will appoint a local organising committee with two or three additional members from other countries. This committee will be responsible for all aspects of staging the congress. The IBC and the local committee will together decide on the congress theme. The current Standing Congress Committee will be disbanded. The next congress takes place in the Netherlands from 18 to 21 September 2014, coinciding with celebrations to mark the 125th anniversary of the Union of Utrecht. By shortening the congress to one weekend, the IBC hopes to attract more participants.

The International Liturgical Commission has completed its work on the ordination rites. It was found that the rites currently used by the Churches are regarded as the best possible option. The commission was thanked for its work. Future activities will be discussed at the next meeting.

A draft paper on ecclesiology and mission by the Anglican–Old Catholic International Coordinating Council (AOCICC) was discussed in detail at the IBC meeting. The bishops’ responses to the paper will be forwarded to the AOCICC for consideration before the paper is finalised. 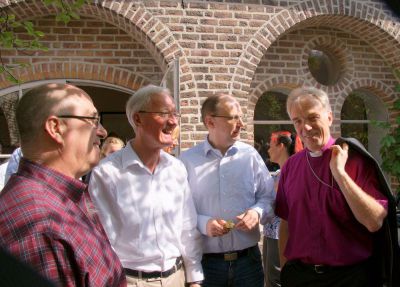 The bishops also discussed the involvement of small Churches in the Conference of European Churches (CEC), which tends to be dominated by the large Protestant Churches. It is becoming increasingly difficult for small Churches to make their voices heard in the CEC’s commissions. This is partly because they have limited financial resources to send delegates to the numerous meetings, and partly because they do not always have the necessary experts to participate. The bishops agreed that a pool of qualified laypeople should be assembled who will be available to assist with the work of the commissions. In addition, the IBC would like the Old Catholic Churches to play an active role in the theological activities of the CEC, especially in areas where they can contribute to church unity in Europe and to developing a unified ecclesiology.

Archbishop Vercammen reported on the reorganisation of the World Council of Churches (WCC). A commission had recommended the continued representation of small churches in the central committee, but this was rejected. A new commission will readdress the issue in the future. The central committee will continue to have 150 members. However, meetings will be held only every two years, and the committee will work on content matters only. The Archbishop also reported that the most recent session of the WCC’s central committee included a denominational meeting with representatives of the Philippine Independent Church for the first time.