Communion between the Union of Utrecht and the Church of Sweden 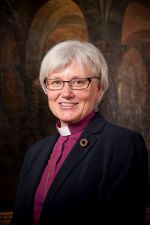 Churches from two traditions are about to enter ecclesial communion: The Old Catholic Churches of the Union of Utrecht and the Evangelical Lutheran Church of Sweden are each to open all sacraments and offices to worshippers of the other. The Archbishop of Uppsala, Dr. Antje Jackelén, and the Archbishop of Utrecht, Dr. Joris Vercammen, will confirm the full communion with a joint celebration of the Eucharist at Uppsala Cathedral on Wednesday 23 November 2016. After the Creed, the declaration of communion will be read out by an Old Catholic priest, Peter Feenstra, and a Swedish priest, Jenny Sjögreen. The two archbishops will then sign the agreement. 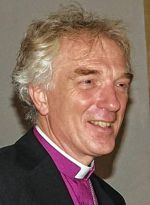 In view of the differences in theology, liturgy, church law and history between the two Churches, a thorough dialogue process took place before full communion could be established. (see our earlier report) “The Churches of the Union of Utrecht and the Church of Sweden had to become reacquainted so that each could recognize the catholicity of the other,” explains Archbishop Vercammen. “The concluding report of the dialogue is a profound theological text that leads to the acknowledgment of unity. We have not created something new; we have discovered our communion.”

What connects the two Churches is a rich liturgical life with the Eucharist at its heart, the preservation of the historic apostolic succession, the eligibility of women to hold all offices, a long-standing commitment to ecumenism (where unity does not have to be synonymous with uniformity) and an open, critical stance on culture.

Dialogue commission members the Revd Peter Feenstra (Switzerland) and the Revd Harald Münch (the Netherlands) will be accompanying Archbishop Vercammen, the president of the International Old Catholic Bishops’ Conference, at the celebration in Uppsala and the signing of the agreement. A celebration in Utrecht is scheduled to take place in 2017.