Proximity, distance and power. Church and pastoral care in the #MeToo Age

The 46th International Old Catholic Theologians’ Conference was held in Wislikofen/AG in Switzerland from 26-30 August 2019. The topical theme taken for the Conference, “Proximity, distance and power. Church and pastoral care in the #MeToo age”, covered issues which are of concern to both society and the Church. 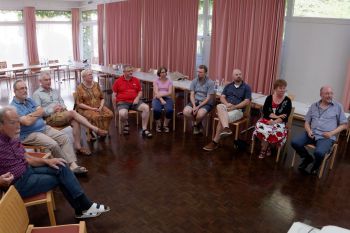 The first area to be addressed looked at measures and guidelines for the prevention of abuse adopted in recent years by several Old Catholic Churches and also by Churches of the Anglican Communion such as the Church of England and in the Convocation of Episcopal Churches in Europe. The presentations placed these developments in the wider historical context of social changes, particularly in gender roles and sexuality. These changes arose during the second half of the 20th century, at least in Western societies, and have been decisive factors in the discourse of society as a whole. Churches are part of these processes of social change and must react to them.

A second theme was devoted to power, office and gender. "Office" was used to refer to clergy in general, but in several presentations was applied more specifically from the standpoint of a bishop, synod president or choirmaster. Every presentation showed that power, like authority, is always characterized by some form of recognition (or sometimes of denial) by others. Today, any reflections on power – not least those influenced by critical theories such as feminist theology or modern thinkers like Michel Foucault – always have to consider power relations and power-in-relation. Seen in this context, power is always a form of coexistence and, in democratic and synodal systems, is always accountable. 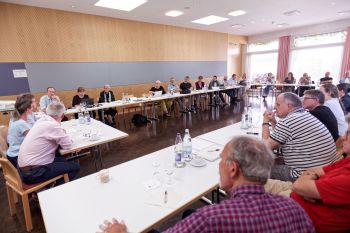 Some 35 people, from Switzerland, Germany, Austria, Poland and the Netherlands took part in the conference, most of them were working in the field of pastoral care. For small churches, like the Old Catholic Churches, the question of maintaining a good balance between proximity and distance in relationships was always in the background, now, with the topics discussed at this conference, it stands centre-stage, explicitly illuminated as never before.

At the end of the conference, many participants expressed their wish to develop the topic over the coming years, for example at a future International Old Catholic Theologians’ Conference; but the subject should first become rooted in every single Old Catholic Church and foster in-depth awareness and, if necessary, further concrete guidelines for action.

The Planning Group of the International Old Catholic Theologians’ Conference